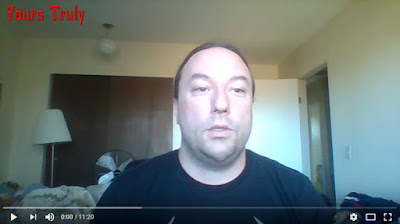 I’m not sure what bothers me more at this point, quite frankly.  The outcome of the recent US presidential election itself, or the nature of the popular responses to the outcome based on what I’ve seen in social media.  People are sharing posts that sometimes relay elation and joy, but more often convey dread, disbelief and anger.  People are asking themselves, in all seriousness, how they’re going to explain this to their children.  Again and again the outcome of this election is being framed in terms of a victory of intolerance and ignorance, even outright racism and sexism, over inclusion and fairness.  I find all of this to be deeply troubling.


To be sure, I am no fan of Donald Trump.  I have grave reservations about the prospect of his presidency.  I’m deeply skeptical of his fitness to hold the office of leader of the free world.  His lack of political experience, what looks quite often like a very superficial grasp of what are complex policy issues and some of his policy proposals are frankly alarming.  And while I don’t think he’s as racist or authoritarian he’s often made out to be, his abrasive and boorish manner while campaigning make me wonder how he will handle the high level diplomatic and trade relations he claims need to be revisited in order to better insure American interests.  People all over the world look at him with considerable concern and skepticism, and while some of that is establishment media spin and bias, Trump has quite knowingly, I think, contributed to the establishment of a deeply polarizing public persona, and this will come back to haunt him during his tenure as president.
What I do not believe, however, is that most of Trump’s supporters had, well, deplorable motivations, nor do I believe that Hillary Clinton was this paragon of liberal inclusiveness that her supporters made her out to be.  I will take both of these on in turn.
Firstly, a vote for Trump was not likely to be a vote for white supremacy or misogyny, though in some cases it could have been, and people with those kinds of attitudes did express support for Trump.  But issues surrounding race, sex and immigration are more complex and nuanced than a lot of media discourse makes them out to be, and the tendency of a lot of public discussion to frame these issues – both literally and figuratively – in such black and white terms is something that I frankly find deeply troubling.

I’m not convinced, as other articles and posts suggest, that Trump’s victory comes entirely down to a protest vote against political correctness, I do see where the frustration with the kinds of self-righteous militancy we’ve seen out of social liberals concerned with identity politics comes from, and I completely sympathize with it.  When every unequal outcome is attributable to “racism” and honest discussion of pathologies within minority communities are thereby shut down, when real and legitimate concerns with terrorism and immigration are brushed aside with accusations of “islamophobia”, when college students who should be engaging in critical thought and open debate are instead needing “safe spaces,” or else engaging in violent and disruptive protests motivated by radical identitarian ideologies that they’re being indoctrinated in on these same college campuses – at the taxpayer’s expense, when Halloween costumes and hairstyles become “cultural appropriation” and are considered a form of oppression, when innocent flirtation or even just a polite and civil greeting of a woman by a man are construed as “sexual harassment” and “stalking” – we have very deep and serious structural problems in the body politic, and media, academia and government have been displaying the utmost height of irresponsibility in pandering to and promoting this.
Of course, brazen displays of bigotry rightly warrant censure.  Trump’s boorish comments about women are indeed troubling, though I can’t help but think that at least some of the hysteria over them is contrived and partisan.  It’s not like Bill Clinton was a paragon of feminist chivalry or anything.  But the kinds of petty, manufactured grievances coming out of the supposedly liberal media are not only contributing to what is likely to be irreversible deterioration of race and gender relations, they are distracting us from looking seriously at where the real axes of power and privilege lie and where the real abuses are taking place – corporate and state power.

Which brings me to my second concern, which is with this idealized perception of Hillary Clinton.  A more critical look at the life and career of Hillary and her family reveals a different and more disturbing picture. A picture that must be better understood in order to make sense of the outcome of the recent electoral outcomes.

Unlike Donald Trump, Hillary Clinton’s public persona is that of a polished career politician and philanthropist concerned especially with the status of women and girls both at home and abroad.  But behind this feminist persona is an individual who’s always been closely aligned with the interests of corporate and state power, sometimes at the expense of the very minority communities she professes to champion.

For example, Hillary sat on the board of directors of Walmart from 1986 to 1992, while the retail giant was actively involved in union suppression activities at home and profiting from sweat labor abroad.  Despite claiming to want to use her position to help advance women and girls, Walmart has been sued dozens of times over the years, for gender discrimination, among other things.

And that’s just the beginning.  During her husband’s tenure as President, Hillary was in favor of all kinds of regressive legislation enacted by the administration, including welfare reform – which doubled levels of absolute poverty in America, draconian anti-crime bills that fell very heavily upon black inner city communities and the repeal of key financial sector regulation such as the new deal era glass-steagall act; the repeal of which paved the way for the eventual Lehman Brothers meltdown.  Should I conclude from public reaction to the election that the Clinton family also is too big to fail?  How about too rich and powerful not to.

While in the Senate during the Bush years, Clinton certainly did think the big banks were too big to fail – she supported the TARP bailouts.  They were not too big to be broken up, however.  One wonders how well girls and women in Iraq, Syria, Libya and other mid-east hotspots have fared since Senator Clinton voted in favor of the 2003 invasion of Iraq, and as Secretary of State for Obama has been among the most hawkish people in recent times to hold that office.  One wonders if this was part of the reason the Clinton campaign was so heavily favored by the arms industry.

Among other things favored by Clinton, but opposed by Sanders while in the senate, were NAFTA, the Patriot Act, the Trans Pacific Partnership, the Keystone Pipeline and if you liked that, she also favored the 2006 border fence legislation for the US Mexico border.  A nice little head start on the wall Clinton’s supporters freaked out and called Trump a racist over.

None of any of this makes Trump a good candidate for president.  He comes with ample historical baggage of his own.  People who look upon Trump as this savior of western civilization against globalism or as a champion of the forgotten American worker are in for a rude awakening, I suspect.  It should not surprise us if the chief beneficiary of a Trump administration ends up being, well, Trump, and organizations he has ties to.  If his past is any indication of what his future will look like, I really doubt that he will be any less willing to import immigrants and export jobs if that means a healthy bottom line for his businesses or cronies.

America had one chance at a populist president whose record demonstrates a commitment to the interests of the working and middle classes, and he was screwed out of the democratic nomination.  It should be observed that Trump was not responsible for this, and the kinds of salt were seeing from the would-be populists now that Trump has won was notably absent when corporate Hillary shafted the populist Sanders in their respective bids for the White House.

What this reveals to me is a very disturbing trend in US, and indeed western politics, and that’s a growing obsession with identity politics.  A deeper look at the facts shows how utterly misguided the view is that Trump’s victory is entirely attributable to a white backlash against an increasingly multicultural America, or evidence that “America hates women more than it hates racists” or any of the other emotionally charged identitarian rhetoric that has become so central on social media.  Prejudice may have been a factor in some cases, and I don’t condone that.  But the lack of criticism that the State Dept., that the Pentagon, that Wall Street, that authoritarian foreign governments that the US has business dealings with, and the other elements of the American “deep state” receive in favor of  the blanket condemnations that “white America” receive from the so called liberals and progressives in America is frankly very, very disturbing.

To scapegoat the white male working class for America’s numerous social problems and policy failures is no better than scapegoating immigrants or minorities for those same problems.  In both cases, this serves the interests of corporate and state power and places the blame squarely on the powerless and on the victim.  This does not mean that we cannot call out the sliver of racism in our neighbor’s eye, but let’s be sure that we first remove the log of support for corporate and state power from our own eye.  We are all under increasing pressure from the real bastions of power and privilege and their shills in media and academia to see complex social issues entirely through the lens of identity politics.  I urge you to resist this pressure and instead see people of different races, genders and religious affiliations as potential allies in taking these bastions of power and privilege to task and demanding a more just and accountable polity.

(listen to it on Samizdat Broadcasts!)