The Other Red Pill: Engendered Failure

In 1993, Warren Farrell, Ph.D. exposed us to many poignant truths about the reality of being male in America at the time.  Among them are:
And more besides.  Things have not improved either.  Not for most men anyway.  Eighty percent of job losses in the 2007 to 2009 time span were male.  This led to the coining of the term "mancession", which did not end until 2015, according to some sources.  Except for black males, which must doubtlessly be the fault of white privilege. 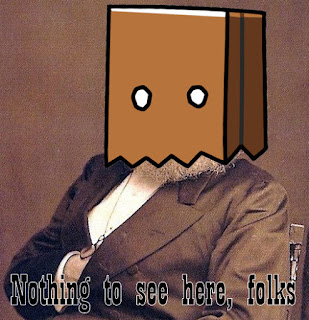 Some men have done quite well through it all, however.  Which ones?   Probably not the ones reading this, despite what the feminists are no doubt telling them about their male privilege.  Which all men have, regardless of race, sexual orientation or physical ability.  Or, you know, anything else that might impact social inequality.  If you're still confused, go and take a cl ... I mean course on it.  The important thing is that men as a cl ... as a group supposedly have all the power and women have none.

And the statistics bear that out, as any woman will tell you.  Women still suffer from a very real wage and wealth gap compared to men.  Which can only be explained by men, all men, hording all the money to themselves.  But not evenly.  White men, quite naturally, have the most.  Even the homeless white men referenced above?  Well, yes I suppose.  The historical reality, after all, is that blacks were slaves and were discriminated against in the Jim Crow era while whites were not.  That's the only real explanation open to us, since race and gender are the only social axes upon which wealth and power are distributed.  So all white males benefited, and benefited equally.  Or so the best social commentators of our time will tell us.  The ones who graduated at the top of their cl ... I mean, got the best marks while in college.

The Myth of Male Power was a book not lacking in power.  It quite effectively takes a wrecking ball to notions popular at the time of its writing, and still popular today, that men have gone and made everything wonderful for themselves at the expense of all women.  Which needed to be said.  It apparently still does need to be said, and even I've said it.  But not nearly as well as Dr. Farrell said it.  In some respects, The Myth of Male Power is in a cl ... a category by itself.

Men continue to be the disposable sex, and growing numbers of men continue to be mad about it.  And so they should be.  Though the mancession is over, most men are finding job prospects limited and wages stagnant.  If you take the "red pill" and go into the online "manosphere", you will find that feminism has been responsible for most of men's woes over the years.  We can only guess that all of those military and workplace fatalities and the economic struggles that working cl ... I mean just men face are due to feminism also.  Even though feminism is scarcely more than two hundred years old and men have been dying in wars and working in drudgery for a lot longer than that.

And I don't blame the manosphere types.  They do have legitimate gripes with feminism.  No, really.  They do.  Because many feminists have been blaming all men, at least collectively, for their own struggles, which are sometimes different but quite frequently look the same as well.  Lagging wages, declining opportunities, all too frequently outright poverty.  Whose fault could all of this be?  After all, corporate profits are up again.  Who could be making it if not white men and their centuries of privilege?  It's not like there's any other cl ... I mean category of people who could be benefiting at the expense of women? 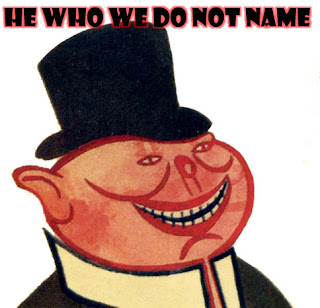 Well that's obviously preposterous, and you'll learn that quite quickly the deeper into the underworld of the internet you go.  You'll find that it goes beyond feminism.  The deeper problem is "cultural Marxism."  Or should I say, (((cultural Marxism))).   You see, this "Marxism" has to do with this guy in the 19th century who must have figured that white western civilization was a bad, BAD thing because it oppressed and colonized women and people of color.  And what's funny about it is that if you go to college and take a cl ... course on critical theory, for example, or women's or black studies, they will indeed teach you that those terrible things did happen.  And the only reason they happened was because racism and sexism.  For the benefit of white males, just for being white males!  After all, it's not like there's any other way that any other cl ... group of people could have benefited from the dispossession of indigenous people and African slavery.

Or so the cultural Marxist colleges will teach you.  But it's all a lie, don't you know?  A (((lie!)))  Any fool worth his salt knows that white males are struggling to get by these days.  Well, most white males, anyway.  The real blame lies with the Jews, or so I've read, because I can't imagine any other cl ... category of people who might benefit from stagnant wages and unemployment among the white male working cl ...

One other thing that I've run into with all of this study of the politics of race, gender, culture and oppression.  And that's this idea of linguistic reclaimation -  a once dirty, derogatory or forbidden word being brought back into acceptable use by the communities that experienced oppression under that word, or perhaps by the absence of that word.

Right off hand, I'd say there's one word that people of all races, genders and sexual orientations have been far too afraid to say for far too long now, and our racial and sexual politics have been distorted almost beyond reason and recognition as a result.  The first task of the Alt-Left should be to reclaim that word.

A good place to start might be to take a look at what that Marx guy (Karl, not Groucho, in case you were wondering) really had to say.
at November 05, 2016
Email ThisBlogThis!Share to TwitterShare to FacebookShare to Pinterest
Labels: capitalism, class, feminism, men, MRAs, women