Men apparently have no balls. Really, they don't.

No, this isn't some current year gender attribution thing.  Nobody has been misgendered due to incorrect pronoun usage.  But this is nearly as bad.

Laurie Martin is unhappy that women need to start asking men out, because men have "no balls."


There's no door-holding, no hand-holding and definitely no free drinks. There’s no taking off hats or courting through invitations. There are no smooth moves, no jackets to dinner. There are no flowers, no tables by candlelight … If you're a single woman, you probably envisioned your twenties as a roaring social scene full of expensive dinners and lavish nights out.


Oh noes!  No free drinks?  No expensive dinners?  Women might actually have to approach men they're interested in?  Whatever is this world coming to???  Whatever is an oppressed woman in a patriarchal society to do???  Load up on chocolate and start buying cats would be my advice.

Believe it or not, I'm not actually going to pick the article apart.  Not that much anyway.  That would just be too easy.  Give it a read and think long and hard about why the Laurie Martins of this world are romantically challenged.


We're dealing with a new breed of men here and it's not the kind we grew up dreaming about. It’s the want-what-I-want-but-don’t-know-how-to-get-it type; it’s the sweet and cuddly mama’s boys who grow up terrified of making the first move; it’s the guys who have so much to say but don’t know how to say it. 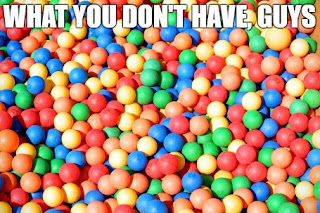 Oh, I'm sure guys know just what to say to Laurie Martin and exactly how to say it too.  The absence of a comments section at the end of this article means that Laurie Martin probably knows it too. That the entire weight of all social media is given to the 24/7/365 condemnation of men who act as Laurie Martin thinks we should as "misogynists" and "sexists" who "harass" and "objectify" women due to "entitlement", "rape culture" and "male privilege" might, just might have something to do with their reluctance to sweep poor miss Martin off her feet?

Or maybe men with half a brain have better things to do than buy flowers, drinks and candle light dinners for entitled little whiners who then go on about the same men lacking balls, having fragile egos or being immature?  Lord knows, I do.  Watching paint dry and grass grow is exciting in comparison.

Not that some men do not warrant these descriptions, mind you.

Does miss Laurie Martin even want a relationship at all?  Because it looks to me like what she's pining away for are the trappings of romantic love completely divorced from the mutual love and respect that gives those trappings any real value.

And the role playing.  Damn, the role playing.  More role-playing than a Wizards of the Coast convention.  Men need to make the first move.  And hold doors open.  And take off hats.  And court through invitations - not that these are bad things in and of themselves.  Nothing wrong with a bit of LARPing. I've done it myself.  But the real problem here isn't with the trappings of romance per-se, it's with the article's author's sense of entitlement to them.

I could go on, but like I said, too easy.  Because maybe on a deeper level, our entitled little Laurie Martin just might have a point.  Though not for the reasons she undoubtedly thinks she does.

It's not a big secret that men are losing interest in relationships with women compared to the way they used to be.   Not all that different than what women went through when the feminist second wave broke out late in the last century.  It is not the kind of sensational and demonstrative movement that feminism in the 1970s was.  This quiet revolution is taking place below the radar, not something that social media appealing to a largely feminized, cosmopolitan audience is going to pay attention to, except to ridicule as a fading bastion of old world misogyny.  In light of the above, however, men going their own way or taking the red pill (though not the red pill they should be taking) are, as individuals, acting completely rationally.

As individuals.  But collectively, it's no less self defeating than the most absurd feminism these days is.  And this is where I think Laurie Martin might have a point.  Dropping out of the mating game all together, or taking up some kind of "pick-up artistry" only adds to the underlying problem.  What this signals to women is that relationships with women, except maybe as one night stands to be obtained through psychological trickery, are of little value to men.  Which is not a message that's likely to quench the fires of feminist self righteousness any time soon.

What can men do, or what could men have done differently?  Could men, and sympathetic women, have instead confronted feminism en-mass?  Not out of any reverse sense of victimhood and entitlement - the hegemonic notion of the 21st century; that victimhood and marginalization confer an innate moral superiority, is not more becoming when men do it.

Rather, what if men took the stance that good and healthy relationships with women were actually worth fighting for?  And what if they advocated for this individually and collectively, the way they've done in the past for things like civil rights and even feminism?


And that just for starters.  And women would be more than welcome to join too, since this isn't a movement for men's rights but rather a movement for good, positive relationship norms.  What if women took the organizational savvy and social media outrage they typically reserve for politically incorrect white males who dare display attraction for women - "objectification", after all, and direct that instead to people of both (not all, but both) sexes who contributed to the present day culture of gender based hatred, against members of either sex?

I suspect you'd have a lot less demonstrable misogyny, for one thing, since the unmistakable whiff of childish egocentrism, daddy issues and sexual neurosis that presently motivates a lot of feminism would not attend this fictional movement of mine, and so men - and the kinds of men miss Martin seems to wish we were rather than spineless numales and feminist men-who-get-it - would be much more likely to support it.

I suspect there'd be a lot fewer single, lonely and romantically/sexually frustrated people out there of both genders.  Relationships would last longer and be more mutually satisfying due to a culture of mutual respect rather than one of mutual derision.

You can bet there'd be a LOT less feminism because men would make it clear that they value the women in their lives, and act accordingly in the most intimate of forums.  We're a long, LONG way away yet from realizing that men cannot defeat feminism outside the bedroom.

I suspect it would just be better in so many ways, with a lot of spin-off effects that would help in other areas of human experience and endeavor.